From butchers to business owners, LaBonne’s Markets in Connecticut is six generations strong. A timeline on its website marks the milestones: George LaBonne had a small market and delivered on his horse and buggy in 1900; his son, George Jr., also a butcher, worked with his father until the 1920s when he, his wife and their nine ­children moved to Moosup, in eastern Connecticut. George began working for The Fulton Markets in Watertown.

George Jr.’s son Hilaire “Hy” LaBonne helped his father and became meat manager at The Fulton Markets. Hy and his son, Robert LaBonne Sr., opened their own market on Main Street in Watertown.

As with the previous generations, Bob LaBonne Jr. learned to cut meat at age 14. He took over the company in 1992. Today, with help from his son, Rob, the family business has grown to four markets in the state. The seventh generation – Rob’s son, Remy – has the family legacy waiting for him.

The company currently has four stores – with 420 employees – but has had as many as five and as few as three. “We’ve bought some, sold some, closed some,” said LaBonne Jr., noting that the fourth store was purchased in 2019.

The family has had some rough years, most notably when LaBonne Jr. had a heart attack just three days after opening a store in 2012. Heart concerns continued for more than a year afterward and that store was closed in 2015. While the lease was paid off in 2017, the company is still paying the debt service, he said. 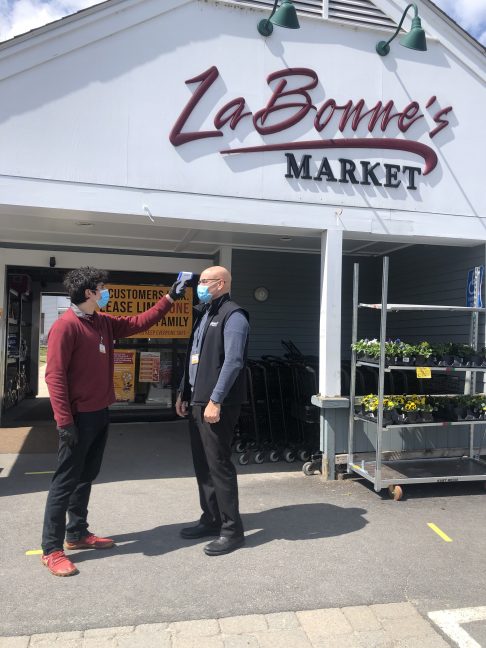 “Those five years set us back quite a bit as far as upgrading,” LaBonne Jr. said. “So we’ve kind of licked our wounds.”

And then the COVID-19 pandemic hit.

“Everybody in our industry just exploded for COVID,” he said. “We’ve been doing a bunch of improvements since then, and the plan is to continue. We’ve been remodeling and replacing old equipment. We’re redoing our Salisbury deli.”

LaBonne Jr. said the cases should be in by July, though they were ordered in early September 2021.

“That’s how bad the supply chain issue is for equipment,” he said.

Getting ahead of COVID

LaBonne Jr. said his wife is a 35-year cardiac care nurse who was pushed into the ICU when the pandemic struck, giving him frontline information as to what was happening in the hospital. In early March 2020, his wife told him she had to take her temperature on the way in and out of work each day.

“When I heard that, I ordered thermometers,” LaBonne Jr. said. “I was the very first retail store in the country of any kind, not just grocery, to take customers’ temperatures. That was a $200,000 expense to have someone there every hour we’re open. We did that from April 2020 all the way until May 2021.”

He said if shoppers had a fever, they were turned away – especially in the early days of the pandemic.

The company also installed plexiglass barriers. LaBonne Jr. said he believes it was the first grocery store to put barriers between the deli counters and the meat service counters. He installed the barriers himself at the registers.

“One of my 70-year-old cashiers said she appreciated the glass in front of her and her customer. She said, ‘But if you can think of checkout lanes, the customer behind me – there’s no barrier. When they sneeze or cough, they turn away from the cashier they’re facing and they’re sneezing on me.’”

The next week, he said they installed five-foot shower curtains behind the cashiers so they were protected from both sides.

LaBonne Jr. said he thinks the early safety measures, including providing employees with masks he ordered from China, helped his stores.

“My priorities were these three things: No. 1, keep my people and their families safe. No. 2, keep my customers and my community safe. No. 3, keep the business open so that everyone could maintain their jobs. And every decision was made in that order,” he said.

As LaBonne’s was taking these precautions two years ago, people were noticing. LaBonne Jr. said one store had a 54-percent increase in 2020, while the others saw increases of 20-plus percent.

Another area that set LaBonne’s Markets apart at the time was the fact that the company picked up new vendors and used foodservice vendors. When the schools and restaurants shut down, LaBonne’s reached out to the food service vendors to help fill in when supply chains were disrupted.

“We were buying foodservice frozen vegetables and pallets of meat from them because they weren’t selling it,” he said. “Our customers would say, ‘You’re the only stores that have meat in the cases, why is that? Well, if you’re a wholesaler and you had one distribution plant and that was your only place to get your meat, you’re out of luck. We used four or five distributors and then foodservice people.”

One aspect of his business LaBonne Jr. enjoys most is making an impact on the lives of young people. He shared a story about a former employee, Mark Chernauskas, who grew up in Watertown and worked alongside LaBonne Jr. at the store from about 1978-81.

LaBonne Jr. saw Chernauskas’ dad at a golf tournament about 15 to 17 years ago. The man shared with LaBonne Jr. how his son had told him he wouldn’t be where he was today if it wasn’t for his time at the grocery store. As a shy, quiet, introverted kid, the job had pulled him out of his shell, taught him a work ethic, leadership, customer service and other things that helped him be successful in life and in business.

LaBonne Jr. said he knew Mark Chernauskas had a good job but he didn’t know what he did for a living.

Flash forward to two years ago, when Mark Chernauskas walked in the store. LaBonne Jr. began telling him that he taught a class at the high school about interviewing, preparation and getting ahead in life; and had told the students about what Chernauskas’ father had said.

Chernauskas offered to come and speak to the class one day and emphasize the impact their first job can have. As it turned out, Chernauskas had just retired as the global EVP in charge of world operations for General Electric.

During his time with GE, Chernauskas had often shared a story from his time at LaBonne’s. It was about how LaBonne Sr. had told him after he made an error at the store to “really make a strong effort not to make the same mistake over again.”

Added LaBonne Jr., “I think we’re making an impact.” Making a difference in young people’s lives is part of the company culture, as most promotions are made in-house. LaBonne Jr. said probably “90-plus percent of our managers are all home grown.”

He said the company tries to take care of its employees. This includes a bonus program for the management team, a discount on groceries, having food trucks come to the stores to provide employees with a free lunch and hosting Associate Appreciation Days several times a year. 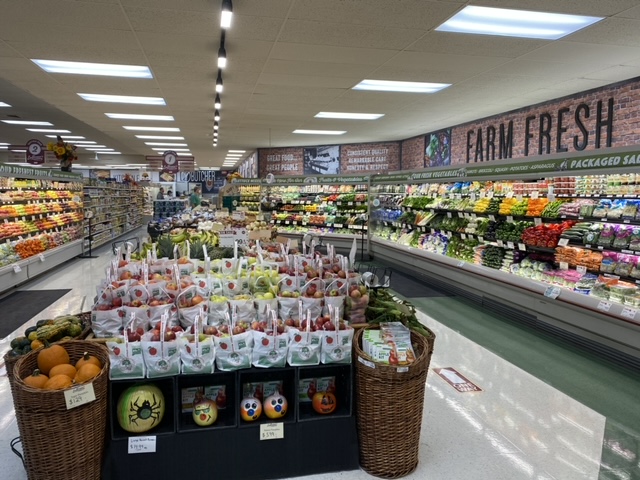 LaBonne’s Markets, like many independents, is really “intertwined with the community.” LaBonne Jr. said the company has given more than $500,000 to local food banks and another $500,000 through its “Cash for Charities” program.

LaBonne’s Markets will match up to $10,000 in customer donations that will go to World Central Kitchen to help support all the refugees fleeing Ukraine.

LaBonne Jr. offered a “shout out” to everyone in the industry:

“We, in the last two years, have been put to the test. And it’s been rough on everyone, from the wholesalers to the DSD delivery people, to the people in the store level. This hasn’t happened in 100 years, and we kept people fed, we kept people safe. We worked in dangerous, unknown things during COVID. And I just can’t say enough appreciation for our industry and how we work together.

“When other companies just said everybody go home, we couldn’t – we’re like hospitals, we had to show up and we had to deliver… I think overall we served our communities well.”

Something he learned – and he thinks others did as well – is that less is more.

“Do we need to have 12 scents of Tide or who knows how many kinds of yogurt or pet food? When I started working, we had milk in three sizes – quart, half gallon and gallon of whole milk and that was it…I think people realize that all they need are the basics. And they were appreciative that we had anything to serve their needs. I think people realize it’s family that is important, and that we maybe have too many choices.”

The original article can be found at The Shelby Report.